Raised in Heaven Healing from Miscarriage and Abortion

You're Allowed to Tell: Annette's Story

In what I now recognize as an act of divine grace, I announced my 8 or 9 weeks pregnancy on Facebook less than a week before I learned I would miscarry. In the mingled guilt, shame, and sadness that followed this knowledge, I was initially very annoyed with myself for having jumped the gun and told the whole world. Sure, I'd told a dozen or more close friends and family members face to face, but my friend list is extended enough that I would clearly have to announce our loss in the same venue lest we face sad and embarrassing questions for the next year. 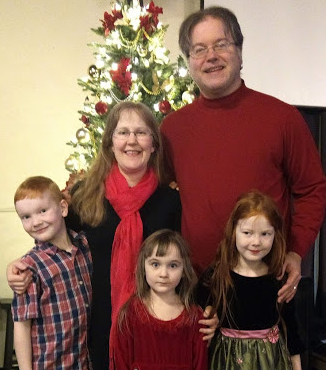 I expressed this to my mother as we commiserated on the telephone, and she reminded me that she had experienced a miscarriage when I was about 8 years old. "I hadn't told anyone that I was pregnant," she said, "and I remember talking to a nurse on the phone and being hit with the sense that this stranger was the only person I could talk to." In other words, she thought my situation where most of our church would know and be able to offer prayers, sympathy, and help was to be greatly preferred. And in retrospect, she was absolutely right. As she'd expected, I was showered in all of the above. But far less expected was the outpouring of similar stories. What seemed like half of my female friends and family members chimed in, either as a comment to my initial post or in private conversation, with the revelation that they too had experienced one or more miscarriages. (Indeed, my own mother revealed that she'd had three: one just before and one just after her pregnancy with me in addition to the one I'd known about from later in my childhood.) By the end of it, I started to wonder if it wasn't easier to list the women in my life who had Not had miscarriages!

As I write this in mid-2012, my experience is only weeks old. I had a rough time of it medically, with excessive blood loss requiring an ER visit the day after I found out about the miscarriage, and a strep infection requiring an emergency D&C about a week after that. I've had tons of support, both physical and spiritual, but its still a very fresh thing in my mind -and I don't mind admitting that I don't know how to complete the grieving process, or even if it is ever quite proper to call a grief "complete."

As a fairly controlled, private person with a deep desire to appear far more functional than I actually am, the grieving process is truly terrifying to me. While I know academically that it must be done lest the wound fester or scar over, every impulse is to push past it, tuck it under the rug, and get on with life. My life currently consisting of two toddlers and a husband, this is more or less what it seems I've got to do anyway. Have I been more irritable than usual? Goodness, I hope so! And there have been tears, mostly after hours, when I have a few moments alone. Many of them don't even seem directly connected to the event. But at the same time, there's a manila envelope containing the book a good friend sent me on the subject of miscarriage filed carefully away on my bookshelf, unopened. I don't dare. Maybe tomorrow?

Yesterday, however, I was finally able to do a little research online on one of the subjects that's been burning in my back of my head for the last month: are our unborn children actually in heaven, the way I've always been told? It's not that I don't want with every fiber of my being to believe this, but there are lots of things I'd like to believe. The question is: does Scripture back it up? Thankfully, yes. My highly encouraging findings on the subject are summarized in the link "You're Allowed To Hope" in the sidebar.

In closing, I'd encourage those of you who have had a miscarriage or want to support a friend or family member who has to read the rest of the stories in this section. See what others have been through, how they've been healed, and where they still struggle be it just weeks or many years later. And read through the scriptures for yourself. You'll come away encouraged! Finally, consider whether a memorial service, be it private or community-wide as the one we have planned, might be an important, God-ordained step in your own healing process.

And, if you're really interested in the nitty-gritty details of my experience, you can read my blog entries here: Part 1 | Part 2